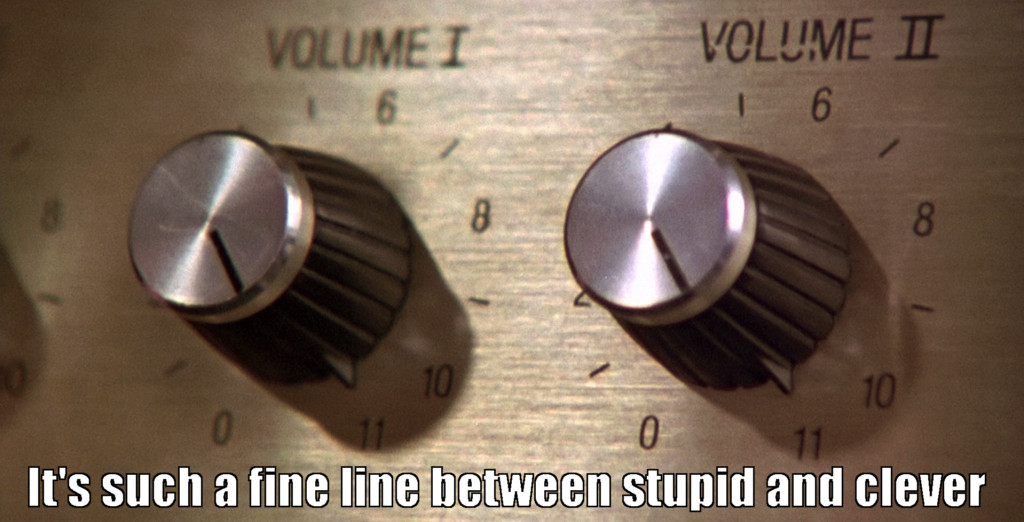 4 thoughts on “Spinal Tap: It’s such a fine line between stupid and clever”