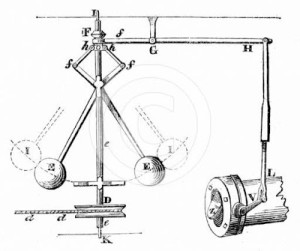 Below are the tweets from an exchange on Twitter with Tim O’Reilly about “algorithmic regulation.” The term was apparently coined by O’Reilly in a Google+ post 19 Sept 2011:

18 months after President Obama authorized a program providing $7.6 billion to states to help homeowners escape foreclosure, fund have been awarded to only about 7500 homeowners. In the same time period, banks have foreclosed on 1.5 million homes.

Stories like this one fuel disgust with government. What they really highlight is that we’re trying to manage 21st century problems with 19th century methods.

Rather than building a government bureaucracy to award funds, the program should have set goals for number of homeowners whose mortgages would be relieved (or even better, the conditions that would justify loan modification) and left it to the banks to meet those expectations.

The regulatory overhead should have been in testing outcomes, not managing process.

Let me be clear by analogy. Imagine that Google’s search quality team wrote a set of rules for sites to be approved for inclusion in Google, and had a bureaucracy to allow sites into search results. Instead, Google tests the quality of search results, and uses algorithmic regulation to remove results that are deemed bogus.

The analogy in this case isn’t exact, but the idea of algorithmic regulation is central to all internet platforms, and provides a fruitful area for investigation in the design of 21st century government.

Subsequently O’Reilly wrote book chapter, “Open Data and Algorithmic Regulation” in the 2013 compilation volume Beyond Transparency from Code for America (free to download). I recently came across and read this chapter, and my comment on it led to this exchange:

@timoreilly re your #AlgoReg ch: don't 'wicked problems' evade "deep understanding of the desired outcome," b/c there are contesting values?

“wicked problem” is the key term and concept from an influential 1973 essay by Horst Rittel and Melvin Webber, “Dilemmas in a General Theory of Planning” (PDF) Policy Sciences 4.

@tmccormick Just because you can't solve every problem, you don't ignore techniques that work better for others!

@timoreilly @tmccormick This amounts to a claim that "due process does not matter only outcomes do" – so much for justice & democracy.

@stopthecyborgs @tmccormick You are smoking something completely unrelated to anything I have written or suggested.

@timoreilly @stopthecyborgs both of us? I just read your ch, reread Rittel, well-known study of whether policy 'desired outcomes' definable.