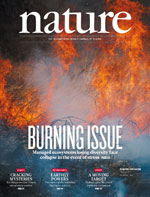 Nature ran a News piece on 06 Feb, “Researchers opt to limit uses of open-access publications,” by Richard Van Noorden. As the subtitle summarizes:

There were various interesting responses in the comments (which Nature places quite in-view at bottom of article, and which refute the common claim that online commenting is a cesspool. Well done, all).

Ross Mounce — PhD student in phylogeny at University of Bath, and Open Knowledge Foundation Panton Fellow — made the useful empirical point that “the vast majority of good open access journals (those that are Thompson Reuters Journal Citation Reports  listed) use the CC BY licence” (which allows future use, republication, by any party in any way, essentially requiring only attribution). [note: I see Ross has posted a great follow-up article on his site, “Further info about the licences that free/open access journals use.” Check it out].

[licenses] listed, beyond CC-BY (a legal implementation of Open Access), are not Open Access. Slightly more open? It’s arguable. OA, most definitely not.”

Since the humanistically inclined, like me, are often resistent to the digital, in the sense of the Yes/Not binary — if not also in the sense of being dragged kicking and screaming into the 21st Century — I was moved to add a comment. I suggested that this strict notion of Open Access is not historically a full picture: as a favorite Nietzsche aphorism says, “only something which has no history can be defined.”

Pragmatically, I suggest such a binary defintion may not include or helpfully address the concerns of non-science disciplines, doing which is a key aspect of my Open Library of Humanities project. (which Ross, incidentally, helped to suggest).

> “[licenses] listed, beyond CC-BY (a legal implementation of Open
> Access), are not Open Access. Slightly more open? It’s arguable.
> OA, most definitely not.”

it isn’t really yes/no. Open Access advocates have recognized for years that there may be variant models for different circumstances.

For example, the Open Access Spectrum (OAS), aka How Open Is It initiative was created by PLOS (Public Library of Science) SPARC, (Scholarly Publishing and Academic Resources Coalition), and OASPA (Open Access Scholarly Publishers Association), “to move the conversation beyond the deceptively simple question of, ‘Is It Open Access?’ toward a more productive evaluation of ‘HowOpenIsIt?'”

“there is some flexibility about which permission barriers to remove. For example, some OA providers permit commercial re-use and some do not. Some permit derivative works and some do not.”

Or as Stevan Harnad notes in the comments, the perfect may be the enemy of the good: it’s not obvious that all or most scientific and scholarly research would benefit from being text-mined, re-mixed and re-published; or even if so, if this is more urgent today than being freely accessible online.

Demanding CC-BY may undermine efforts to get publishers to permit Green OA archiving, and dissuade many scholars from making their work available, particularly in humanities & social sciences.

I’ve recently co-launched a new Open Access project for the humanities & social sciences, Open Library of Humanities, in consultation with Peter Suber, PLOS, and many other OA advocates. While CC-BY licensing is favored, I also consider that non-STEM [Scientific, Technical, Medical] fields have been relatively peripheral in Open Access discussions of recent years, and we need to build a case that engages with the real concerns of scholars in the field.

At a minimum, we can observe there is widespread perception that HSS [Humanities/Social Sciences] fields have different practices and expectations than STEM fields, so it may not work to just tell people to get with the program, or demand that “a platform touting ‘openness’ or ‘Open Access’ … provide far fewer license choices…instead of adding to the murkiness.”

To me, it is a cautionary flag when the only explanation found for opposing views is misunderstanding. Possibly, that is the reason for them, but possibly too, the alternate positions have not been sympathetically considered, or there is a different conceptual or contextual frame to be understood.

I’d also suggest that exploring this frontier is a productive engagement for scientific OA itself: to better understand, for example, alternate ideas/psychologies of authorship, “moral rights,” dissemination of work to more popular & non-expert audiences, and different economic structures of non-science fields. Other fields may have different notions of “research” and its communication than science typically considers. One value of the humanities is in helping science better understand itself.