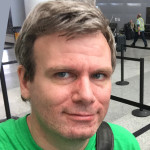 Tim McCormick is a housing advocate, researcher, and project developer in Portland, Oregon. He is lead organizer of the Village Collaborative network, editor of HousingWiki, and co-founder of PDX Shelter Forum. Tim is also currently writing/editing in public an open-source community book project, Village Buildings: West Coast housing from the bottom up, and editing/co-writing a book, Apology for the Builder, on 17-19th century London speculative housing, for YIMBY Press.