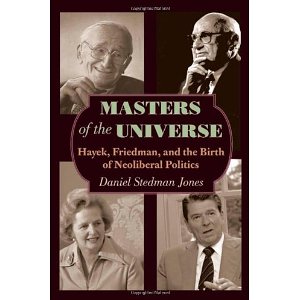 a history of Neoliberalism

The Director of Scholarly Communication for the Modern Language Association, Kathleen Fitzpatrick, recently posted two pieces to her blog “Planned Obsolescence” about the term neoliberal.

In the first post, Fitzgerald expressed her exasperation with how this economic/political term’s meaning has been “dissipated”:

I have come to despise the term “neoliberal,” to the extent that I’d really like to see it stricken from academic vocabularies everywhere. It’s less that I have a problem with the actual critique that the term is meant to levy than with the utterly sloppy and nearly always casually derisive way in which the term is of late being thrown about. 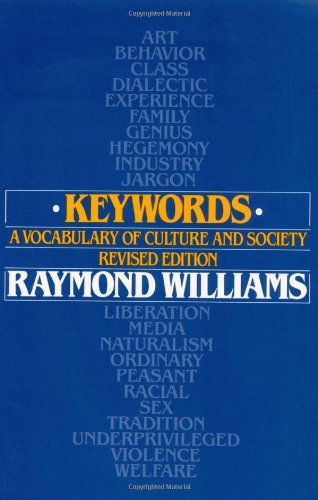 The term seems to be tiresomely overused, I would agree. On the other hand, I think such keywords (as Raymond William’s classic work called them) or frames are central and powerful aspects of critical/political communication, which we might look at how to better engage, explore, and leverage, rather than banish.

Along those lines, I propose a project: what if we built a participatory and community-published “Critical Jargon File,” to provide shared reference points and support more sophisticated, effective, and precise discussion? For the scope, or community, of Humanities/Social Sciences (HSS) scholarly communication, let’s say.

My model here is the “Jargon File“, a core text of computing culture, compiled over time by Stanford and MIT’s AI Labs, and other key computing centers. Beginning as just an ad-hoc, informal compilation, through many years of iteration it became a carefully edited, widely read and influential key work in the field.

As this case illustrates, the term “jargon,” like “argot” or “cant,” need not be understood negatively. Jargon may be a powerful means for community formation, cultural transmission, and efficient communication. 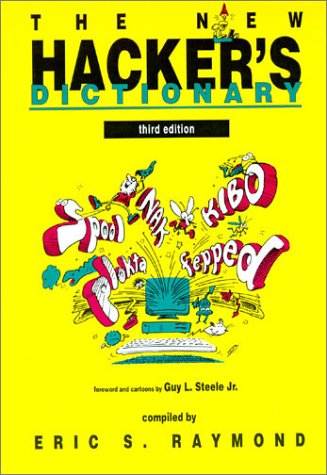 Also, because our communications are  increasingly social, compressed, and atomized, the community-articulating and efficiency functions of jargon may be especially useful.

Thereby, anyone who wished could reference precise definitions or discussions of critical terms — possibly even choosing between multiple versions, to clarify which usage or interpretation of the term is meant. This could be done very efficiently by using specific identifiers, e.g. a DOI (Digital Object Identifier) or simply a stable URL. Terms could be linked or footnoted to these reference points in various ways.

As with the original Jargon File, the collected vocabulary might also become a cohesive major document and destination in itself; even the basis for book editions. In some ways, this is a familiar practice for scholarly societies and publishers, which often build and distribute subject taxonomies and database products. For scholarly publishers, as for political movements, effectively disseminating vocabulary may be their most powerful and profitable activity. .

One potentially powerful way a Critical Jargon File vocabulary might be used is with the “hashtag” convention as used on Twitter. In Twitter, anyone writing a message can prepend the pound/hashtag character “#” to a word, which by convention indicates that it is some kind of subject description. The Twitter system then lets any user search for or track other occurences of this “hashtagged” term.

Hashtags have been widely employed to organize grassroots communities of interest, efficiently signal topics and contexts of posts, help organize political protests (as in the Arab Spring), and organize discussion “back channels” at events and conferences.

A term from the Critical Jargon File might be referenced by hastags in several ways.  First, by using using the hashtagged term e.g. #neoliberal plus a hashtag like #CJF.

“Better Communication Through Jargon”: a response to @kfitz‘s posts http://t.co/cNH39YML on use of #neoliberal. http://t.co/8OIZIZhU #CJF

Alternately, a combined hashtag such as “#neoliberal_CJF” could be used:

A reader, or some reading tool operating on their behalf, could spot the #CJF or combined tag and infer that it, or adjacent hashtagged term(s), is a hook to the Critical Jargon File entry.

(In a reading tool designed for scholars/researchers, such features might be built-in or easily scriptable/configurable. Coincidentally, one of my current projects is to design and prototype just such a tool, which in discussion with Joe Wikert of O’Reilly Media I’ve called “SmartEreader“. When I was a child, I believed Smarties candies made me smarter, and now I hope a SmartEreader might help as well).

7 thoughts on “Better Communication Through Jargon”