My post on “Parking Houses” from earlier this week got some great responses from people including Shannon Spanhake of the SF Mayor’s Office of Innovation, Steven Price of Urban Advantage, and Allison Arieff of SPUR (San Francisco Planning + Urban Research Association) and contributing architecture editor at the New York Times; also Lloyd Alter of Treehugger, and Joy Ceilidh Dunlap of The Liberated Kitchen, Portland. Allison sent me some questions, and I answered them in a sort of follow-up essay. I and some of the quotes were featured in her New York Times feature, “How Small Is Too Small?” (October 19, 2012). The story opens:

Most people see a parking space and promptly back up into it; Tim McCormick sees one and thinks, “I could live here.”

Below are Allison’s questions and my full answers (from email interview):

> Why a parking space? Why not a small lot somewhere?
.
It could be done on a small lot, or as many units on a large lot — for example, if a corporate campus or convention center wanted to add accommodations, like Snoozebox popup hotels in the UK.
However, what’s particularly intriguing to me about parking spaces is that, unlike land lots which are expensive, scarce, irregular, and owned, parking spaces are standardized, ubiquitous, easily accessible, and available practically for free.

In dimensions, I was struck by the fact that standard parking spaces are around the same as standard shipping containers, so a 10′ container can drop right on one space or a 20′ (1 TEU) container footprint onto 2 spaces. There’s of course a whole existing infrastructure to very efficiently handle every aspect of picking up, storing, shipping, delivering such units to street sites.

What’s powerful to me is the potential great efficiency and adaptiveness of deploying housing and other facilities this way.  Rather than just thinking of a typical 800 square-ft apartment space vs. an 80- or 160 square foot houselet space, what’s more relevant is to consider a scenario where you could easily buy or rent one of these units as you would a small car, tailor and decorate it to your liking, month-by-month move it to a spot close to where your current work or project or wintering spot is, put it in storage when you don’t need it, and avoid much of the huge risk, cost, and hassle of fixed housing.

I’m suggesting that this alternate scenario could make a lot of sense to many people who currently struggle with the housing system, such as new arrivals to the city, recent college grads trying to start careers, single people generally, low-income, freelance & contract/project-based workers, people who may wish to spend some nights in the city instead of commuting to a distant home, etc.

> Have you approached this thru official channels and if so what > has the response been?
.

well, I’ve just sprung into action with this project, but so far my sense is that officials and most everybody else probably see it as unhinged raving or some kind of Burning Man gypsy agitprop. But I find this creates an interesting communication problem as part of the project — how to get people to even think about or take seriously this apparently preposterous and alien idea.

However, I did bounce it off the good people at the SF Mayor’s Office of Innovation, and Shannon Spanhake nicely retweeted my article and proposed the name “Houselet” which I think is perfect. I’m trying to get Shannon and Jay Nath (director of the office) to entertain the idea of doing a houselet design contest, then giving me and the winners parking spaces to live in for a year as the prize.

I say, quite honestly, that at the moment this is my “dream house.”

So I’m trying out different angles with the agitprop. One is to observe, as Shoup does in “The High Cost of Free Parking,” that currently cities are giving away all this precious public space to support car use, even though this runs counter to just about every smart-urbanist goal; and meanwhile we have pressing issues such as inadequate/inflexible housing supply, and creating walkable environments, which we might apply this resource to. Arguably, what’s preposterous is to still be exclusively privileging street parking, in a place like San Francisco that’s crying out with other needs.

Second, I propose an experiment: what if we just took away the constraints that current forbid alternate uses of this streetside space, and let people propose what they’d do with it and how much they’d pay? Let developers, housing advocates, cranks, armchair urbanists like me, and anyone else examine housing prices, rents, what facilities are needed, costs to make these modular units, etc., and see what they’d like to propose. If it turns out that in many places, people would value other uses more highly than parking, then we can ask, why should the city forbid that?

Sure, people want and need to park, but they can express that need through willingness to pay, and the market could provision parking accordingly.  People also urgently need housing, small office/work spaces, storefronts to start businesses, etc., why would we just totally rule out even considering these uses for those spaces? In that respect, I feel that I’m suggesting, with a certain deliberate naivete, a sensible radicalism.

Really, I wish to ask people, how well is this system working for you, if you’re not in the lucky portion of people with a lot of income, home equity, or good stabilized rent?  If you’re trying to move to the city, or grow a company, or start a family, the housing situation is a colossal problem. The mayor wants San Francisco to be the world capital of innovation, but most innovators can’t afford to move there, and the current tech boom is already helping to drive housing prices sky-high, which chokes the city’s creative potential, let alone its everyday residents’ needs.

> How do you account for the resistance not just to something really
> unconventional like your Houselet idea but the presumably less
> controversial idea of living in a small space.

Clearly housing is a deep taproot into people’s emotions, psyches, cultural expectations and aspirations, and economic status. It’s so elemental and deeply rooted that people are often extraordinarily conservative in their notions of what appropriate housing is — even tech titans are often that way, as you noted in your recent article.

I believe that, as Bachelard argued in The Poetics of Space, our notions of comfort and spatial relation are rooted in deep cultural and early-life experience, which continues to shape how we perceive and inhabit space life-long.

Americans, compared to most people in the world, tend to be born into and inhabit huge amounts of space, life-long. I have a certain continual sense of disjunction with that, perhaps because I grew up in smaller spaces in London — a 6’x8′ bedroom in a there-typical 1000 sq. ft. semi-detached family home — and I recall that when I came to the U.S. at age 10, houses seemed just enormous, as did many things.

Much later in New York, I lived in various small apartments, and for some time shared a 500 sq-ft apartment with my girlfriend; many Americans would consider this implausible, but she observed it was vastly spacious compared to the 100 sq. foot apartment she shared with 5 family members growing up in Guangzhou. (250 sq. ft/person vs. 15).

I speculate that there’s a geopolitical dimension to this: that Americans’ expansive inhabitation of space relates to the nation’s long history of territorial expansion, and more recently, global imperium. I think that many of the ways Americans are characterized by foreigners — for example, blundering, loud, oblivious, insensitive — are the same things that were often said about the British in their great imperial era, before they retrenched and became Greece to our Rome.

When you ask people to consider spaces smaller that what they’ve normalized to, I think it tends to trigger elemental associations of constriction, claustrophobia, a sense of being like a trapped animal. Also, associations of degeneracy and depravity, and class fear. But other than that, there’s no problem at all for Houselets!

No really, I think you have to find ways around all those acculturated and visceral reactions, and for example observe that we often inhabit small spaces like bedrooms, bunk beds, dorm rooms, hotel rooms, tents, cabins, RVs, and we’re usually ok with that for certain times and purposes. Then you might ask, how well is our current system working, from the standpoint of human needs?  There’s this great paradox that people are obsessed with, utterly invested in homes and housing, but at the same time, our housing system often fails terribly. It creates huge economic burden, risk, and inequality, is conspicuously mismatched to trends in household makeup and employment patterns and healthy lifestyle and environmental needs, etc. The housing industry and system is so driven by ideology, dreams, received practices, and reactionary bourgeois fear that it is tremendously shackled from evolving to meet our changing real needs. 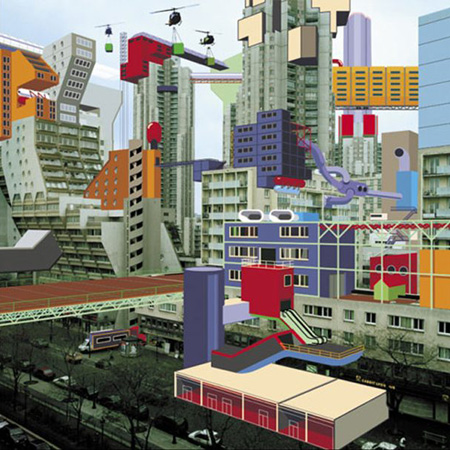 I think the Bay Area today could, just possibly, be a place to break some of the shackles of urban land-use dogma, and allow radical experimentation to occur — because here there are  resources, the culture of innovation, local genius, and need.

I’d like to see buildings and urbanism explored here with the same radical inventiveness and confidence that characterizes our business and technology culture, and explore how the built environment could be developed as software is, in radically agile, adaptive, scalable, continuously innovating ways.

It could become a capital of future humane urbanism — a “soft city,” in Jonathan Raban’s phrase — as well as of venture capital and software.
.

—-
What do you think? got some new items, projects, examples, or patterns to suggest? Let me know via comment box below, or email me: tmccormick at gmail dot com, or Twitter, etc.