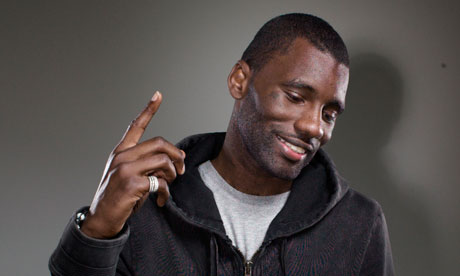 UK rap star Wretch 32 (Jermaine Scott) was born in 1985 to Jamaican parents in Tottenham, a highly multi-ethnic and diverse area of North London. The same year Tottenham’s sprawling Broadwater Farms public housing estate was the site of widespread rioting, and was described in planning expert Alice Coleman’s “Utopia on Trial” as one of the worst places to live in the UK. It’s also close to where, in August 2011, urban riots throughout the UK were sparked by the police shooting of local man Mark Duggan;  and a few miles east of where I grew up until 1983 in Kenton, NW9. However, Wretch 32’s 2011 song/video “Unorthodox” offers an infectiously positive tour of Broadwater Farm and a message of personal and community empowerment. Implicity, he (and video director Ben Newman) suggest that he and his home borough of Tottenham, are breaking the rules by being positive. While there is a tradition of US rappers and filmmakers celebrating and reclaiming stigmatized urban areas, usually the depiction is of survival amid struggle. “Unorthodox”, on the other hand, is a cheerful and sunlit depiction, and most remarkably, the once-notorious area it depicts has in fact been transformed since 1985 into a sought-after and virtually crime-free estate.

Wikipedia:  “After the events of 1985, Broadwater Farm became the focus of an intensive £33 million regeneration programme in response to the problems highlighted by the riots…The deck level was dismantled and the overhead walkways demolished, with the shops and amenities relocated to a single ground-level strip of road to transform the semi-derelict Willan Road into a “High Street” for the area. The surrounding areas were landscaped and each building redesigned to give it a unique identity…

“Two giant murals were painted which now dominate the area, one of a waterfall on the side of Debden block and one depicting Mahatma Gandhi, Martin Luther King, John Lennon and Bob Marley on Rochford block. Disused shops left empty following the withdrawal of businesses after the riots were converted into low-cost light industrial units to provide employment opportunities for residents and prevent capital from flowing out of the area.Since the redevelopment, the flow of people leaving the estate has slowed to a trickle, and there is now a lengthy waiting list for housing.” 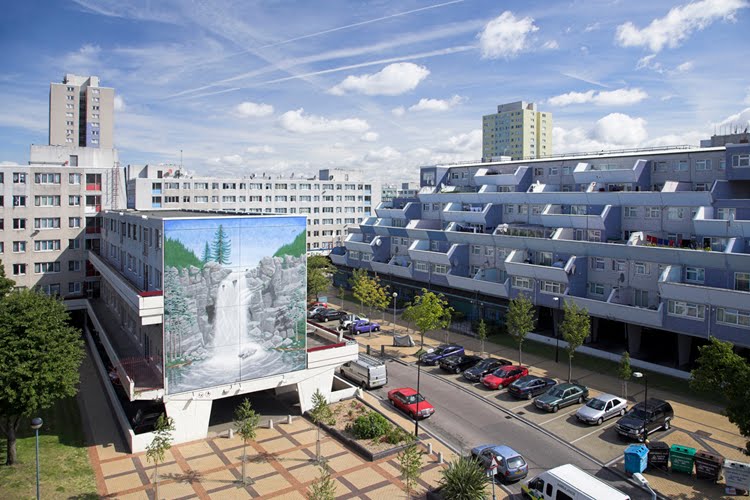 In the cycle of representation and reality, death and life of a great British city (area), this time around the rap, subversive view is the positive, cheerful one.  “Unorthodox” subverts the dystopian tradition of the genre, but preserves it’s documentary function showing the world what Broadwater is really like now — quite a nice place.

Yeah, I got a good heart
I was born on beat, that’s a good start
I had a feeling I pushed past
And now I feel like I’m the reason I should last..